What Does A Mass Airflow Sensor Do And How To Maintain It?

Mass airflow sensor is designed to determine the total mass of air that gets into the car’s fuel injection engine and pass that specific data to the ECU or the Engine Control Unit.

The air mass data is important for the Engine Control Unit to properly balance as well as deliver the exact amount of fuel to the engine. When a car’s mass airflow sensor is not working properly, it can cause many severe problems and can lead to very poor functionality and performance from the engine.

Hence, here are some of the common signs of a mass airflow sensor that is not working properly:

If you now believe that your vehicle has a bad air flow sensor, you have to present it to a professional mechanic who can run a complete computer diagnostic.

How To Clean A Dusty Mass Airflow Sensor

It is recommended that you clean your mass air flow sensor after every six months or just after changing your oil. Also, cleaning it after cleaning or changing your air filter is a great method to save both money and time.

To properly clean the mass airflow sensor, you should first remove it out. This process is properly performed by opening your car’s airbox and use the flathead screwdriver to take it out.

While taking out the sensor, ensure not to touch the wires. A mass airflow sensor that is disconnected can never electrocute anyone.

However, the wires are so small and delicate. In the case where you break one of the wires, you will be required to replace the whole mass airflow sensor which is not that cheap as you think.

In the next temp, you have two options. The simplest choice would be to take your mass airflow sensor and then replace it in any plastic bag that is filled with rubbing alcohol. Move the bag around ensuring that the alcohol c﻿﻿leans all the grime and dirt from the mass airflow sensor. How Often Should The Mass Airflow Sensor Need To Be Replaced? 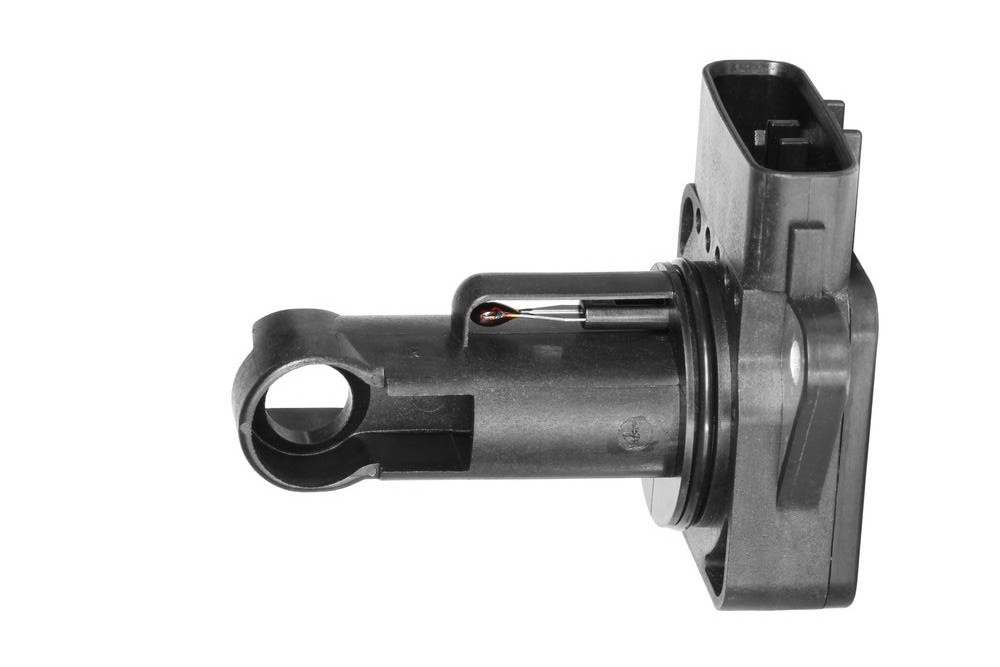 All the mass airflow sensors do not have an expiry date. The expiration date is never included in the manufacturer’s maintenance schedule list of items to replace based on mileage such as filters or sparks plugs. The mass airflow will always remain in service as long as it continues to perform and function properly.

But the mass airflow sensors are very critical to engine functionality, low emissions, and good gas mileage. Something you should know is that they are also so sensitive to contamination as well as very fragile.

However, little basic protective maintenance awareness can assist the mass airflow sensor to stay healthy and alive as long as possible. Since we know that the purpose of a mass airflow sensor is to measure the exact amount of air passing into the engine, they tend to have more air flowing through them.

Just try to imagine 8,000 to 11,000 gallons of air flowing via your engine for each gallon of gas burned!

The much air is accompanied with more fine dust as well as particulates of all kinds. It is the work of an air filter to maintain all that dust off the mass air flow sensor as well as out of the engine.

Hence, replace the air filter when it is recommended, always ensure that that the inside of an air filter box is clean enough, and make sure that all the ducts which are between a throttle body and the filter box are air tightened and securely clamped.

Another easy maintenance tool that is commonly forgotten is the PCV valve which can impact the cleanliness of the mass airflow sensor. It should always be replaced following the manufacturer’s recommendation regarding the mileage.

In case the PCV valve gets restricted, it can lead to crankcase vapors which can backup via the engine’s breather system and ends up leaving oily deposits on the mass air flow.

When the mass airflow sensor gets dirty, it is easy to notice since it tends to perform poorly as well as it becomes less accurate. An error code will be logged in the computer, and then the check engine light gets to illuminate.

Best Leather Conditioner to Restore Shine in Your Seats!

Best All Terrain Tires That Work Amazingly in All Seasons!

How To Clean An O2 Sensor In Easy And Simple Steps