Trying to choose the correct engine oil for your vehicle may feel a little daunting, especially when you consider the question of 10w30 vs. 5w30.

The numbers look confusing, especially when you see all the options available for purchase. It doesn’t matter what make or model of vehicle you drive when the numbers and letters don’t make any sense to you.

But knowing the difference is the first step to making the right choice.

You may explain the age-old dilemma of 10w30 vs. 5w30 high mileage in terms of the thickness of the oil. The thickness is known as viscosity. The viscosity remains particularly relevant when exposed to certain temperatures.

Both types of oils perform very differently at the same temperatures, and it is essential to understand their fundamental differences in effective engine protection. Using the wrong oil may result in engine damage and failure.

A 10w30 oil is thicker at lower temperatures and has a high viscosity. That means the oil is particularly suited to heavy load-hauling engines.

On the other hand, 5w30 oil is thinner at lower temperatures and has a low viscosity. That results in an oil suited for light-duty gas and diesel engines.

Recommended Read: How to Buff a Car to be Spotless and Clean

When it comes to engine oils, the oil’s viscosity remains one of the essential considerations when you look at 10w30 vs. 5w30.

You may feel confused, but we will attempt to explain the differences.

When we try to understand the differences between 10w30 vs. 5w30, we need to know what the numbers mean.

The numbers give us some vital information concerning the viscosity of the two engine oils. In fact, the numbers provide crucial indicators to ensure we use the correct oil.

Oil with a 5w rating means it has a low-temperature viscosity. The oil flows better at lower temperatures. As a lubricant, the low viscosity at low temperatures means the oil will protect and lubricate your engine efficiently.

The 5w rating makes this type of oil particularly suited for engines in cold weather environments because it will ensure an easy start-up. 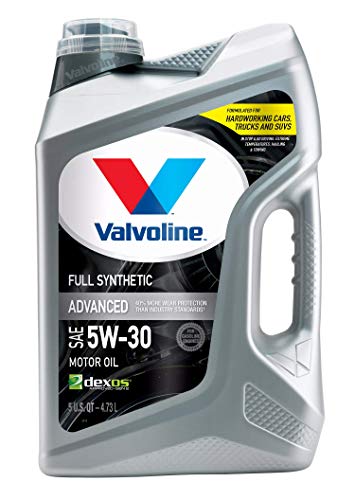 The 10w30 oil has double the viscosity of 5w at low temperatures. The colder the weather, the thicker the oil.

Because of that, the oil may not lubricate the engine as well as the 5w in cold conditions. You may experience start-up issues, though the oil should prove reasonably efficient at protecting the engine.

You may feel the battle of 10w30 vs. 5w30 niggling away in your mind. But to further enhance your understanding of the differences, let’s examine the oils’ ideal working temperatures.

Why 10w30 vs. 5w30? The answer derives from the fact that each oil is for optimum performance at different temperatures.

The ideal working temperature of 5w30 oil sits between -22 to 95 degrees Fahrenheit (F). The temperature range means the oil is appropriate for cold areas as well as during the summer months.

The formulation of 5w oil means it will cope with the coldest weather. The oil will provide excellent lubrication and an easy engine, even if the temperature plummets to -31 degrees F.

While 5w30 oil performs superbly at lower temperatures, it is essential to understand that the oil also works well at higher temperatures up to 95 degrees F.

What does this mean?

What does this mean for the consumer when facing the question of 10w30 vs. 5w30? It implies that 5w30 oil provides an excellent all-round engine oil for cold and warm weather.

The oil’s versatility offers superior protection and lubrication for most vehicles and provides the motorist with peace of mind.

The 10w30 oil does not provide as broad a working temperature range as 5w30 oil. However, the oil will give an adequate performance in a variety of environments.

The oil is highly useful when temperatures reach -4 degrees F. Furthermore, at the higher end of 86 degrees F, the oil may continue to perform very well. 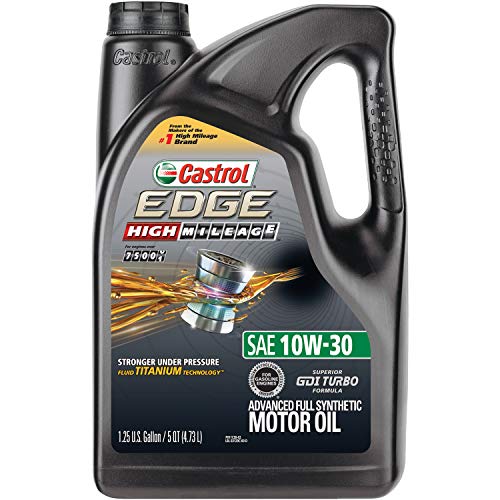 What does this mean?

It means the oil remains reasonably versatile for the motorist, though you should be fully aware of your environment and the temperature fluctuations where you live.

The 10w30 oil proves beneficial for sealing purposes and heavy haulage vehicles because of the higher viscosity.

As we begin to understand the battle between 10w30 vs. 5w30, we also need to know when to use each oil type.

Your choice of oil may depend on your area’s temperatures in the winter and the summer, and the type of vehicle you use.

You may use 5w30 oil in cold weather because its lower viscosity makes it ideal. At cold temperatures, the oil remains thin enough to move around the engine with ease. So, 5w30 oil ensures the optimum performance of the engine, particularly in the winter months.

Not only that, 5w30 oil proves ideal for light-duty diesel or petrol engines because the lower viscosity requires less power to move the oil around the engine.

Due to the high viscosity of 10w30 oil, it remains particularly suited to warmer weather. While it may prove adequate during the winter months, the engine may not start as easily.

The high viscosity of 10w30 means the oil works incredibly well with heavier vehicles. Larger engines found in heavy-haul vehicles have more power in them, which means they may push the thicker oil around the engine with ease.

Furthermore, the excellent sealing capacity of 10w30 oil makes it a superb choice for older engines and special fuel engines such as biodiesel.

The Importance of Engine Oil

The engines inside our vehicles contain numerous moving parts and remain subject to lots of friction. If you don’t lubricate the engine, the friction may cause severe damage to your engine. The importance of the numbers

The engines inside our vehicles work through combustion and deal with temperatures that vary up to 1,112 degrees F.

This extreme temperature fluctuation means the oil’s viscosity may change, which affects the engine’s working efficiency.

The Society of Automotive Engineers applies a numerical grade to oil to indicate its viscosity. In short, thicker oils have a higher number, and thinner oils have a lower number.

Engine oil consists of base oils and base lubricating oils such as grease. Special additives combined with the base oil produces the familiar motor oil. However, synthetic motor oil alternatives exist.

Synthetic motor oil has a reputation for use in sports cars, but the truth is, anyone can use it.

Now that we understand the differences between 10w30 vs. 5w30 oils, choosing the correct one for your engine may not be tough.

Once you comprehend the fundamental differences between viscosity and working temperatures, you’re sure to make the right choice.

If you drive a heavy-haulage vehicle, then the 10w30 oil will work better because the engine’s power will move the thicker oil through the moving parts easier. Also, 10w30 oil may be the better choice for older engines where the oil’s sealing capacity comes into play.

For most of us with standard domestic vehicles, the 5w30 oil is the better choice. The thinner viscosity means the oil will move around the engine smoothly.

Plus, the wide temperature range of the oil means its efficiency in both the winter and summer months without start-up problems.

Remember, using the right oil is just as important a part of car maintenance as checking your tires.

Featured Image by cottonbro from Pexels

Sean Kerr lives in Cardiff, Wales, and is a published author with over 10 novels to his name so far and still counting. As well as writing his next bestseller, Sean also runs a successful jewelry making business and sells his creations online. Check out his other helpful auto care articles on Radar Detector Guide.

Can You Use Water As A Coolant In Your Car Cooling System?

4 Steps On How To Use A Fuse Tap On Your Car – No.3 Is Just Hilarious

Can You Drive A Car With A Blown Head Gasket?

How To Replace A Tie Rod Using Easy And Simple Steps