How To Fix Rod Knock In Five Simple And Easy Steps

The most common cause of rod knock is due to a spun bearing (in which a rod bearing literally spins in the end of the rod, shifting its position). Such an engine rod knock can be caused by low oil levels, typically the result of a substantial oil leak (like a malfunctioning head gasket) or a damaged oil pump. The engine needs oil to lubricate the cooling and moving parts in a car. With insufficient oil inside your engine, excessive heat can be the result and extensive wear and tear can occur, causing some parts to degrade or wear out. These negative issues lead to engine performance degradation, resulting in the symptom we call a “rod knock.”

If your car experiences an engine rod knock (meaning you hear what you suspect is a rod knock sound), the potential outcome could be pretty bleak. You may be forced to get the lower half of the motor replaced (if not the entire engine). Engine rod knock repair cost will depend on the cause and the extent of the collateral damage.

Such damage can affect the rods, crank shaft, and pistons. Replacing these expensive parts can cost you a lot of time and the expenditure of much unplanned cash.

Also, the vehicle may need to spend some time in the garage. However, to prevent these damages from causing severe losses, it would be good to first familiarize yourself with the early signs of rod knock and ways to potentially alleviate the problem.

What is Rod Knock?

Rod knock is caused by a severe failure of one or more crankshaft connecting rod bearings. Repairs require engine removal and complete disassembly at significant expense.

Rod knock sounds like someone banging on your oil pan with a hammer, rhythmically tapping, or, (at higher RPM) banging. The pitch and frequency may change, fade or nearly disappear when you accelerate. When you stop giving gas to the engine the sound continues (or possibly gets louder). When your engine is cold the noise might lessen, but it will consistently return. These sounds are also called “engine knock,” “spark knock,” and “engine pinging.”

Causes Of A Rod Knock

A rod knock occurs mostly when your rod bearing becomes damaged or ruined. The bearing gets ruined when the hydrodynamic oil wedge gets lost in between the connecting rod pin which is at the crankshaft and the bearing surface.

This process could be due to a combination or one of the following factors:

If the bearing material overheats, it breaks and then melts away. When the material melts, a large gap is left in between the crank pin and the bearing surface. When this happens, the crank pin will begin to knock the big end of your car’s rod which encloses it.

A bad rod knock can result in a roadside disaster, forcing you to abandon your broken-down car and walk home. The big gap created between the crank pin and the bearing surface can result to a broken connecting rod as well as a subsequent hole in a cylinder or at the sides of your engine block. The gap can also lead to drop in the oil pressure and other cascading effects.

Noises Which Are Often Mistaken For A Rod Knock

Here are some of the noises that might make you think that your car is experiencing a rod knock:

How To Diagnose Rod Knock

If you hear a light knocking, rattling, or pounding sound, the noise can often be traced back to your connecting rods. This sound– also called engine knock– will be most noticeable when the engine is running at a constant speed. If it only happens when the car is first started, it might be symptomatic of a bad main bearing (or bearings) rather than rod bearings.

What Are The Symptoms of Bad Main vs Rod Bearings Knock?

If your car engine knocks noticeably when the car is first started and you detect signs of decreased oil pressure, these are signs that a main bearing (or bearings) is beginning to fail.

Rod knock systems are slightly different. A bad rod bearing creates a knocking sound that is less directly-involved with starting the vehicle and is more consistent while the motor is running. In many cases it will also trigger a “check engine oil” light on the dashboard.

How Much Does It Cost To Fix Rod Knock?

All depends on the cause of the noise. Costs to fully repair the problem can be substantial, even requiring an engine rebuild or new engine. The rod knock quick-fixes listed here are suggested steps to alleviate or temporarily patch the problem, preventing further damage for the time being. But any problem causing rod knock could eventually lead to such catastrophic results as a thrown rod; therefore, it is advisable that you get your car to a proper mechanic shop as soon as possible.

What You Will Need When Fixing The Rod Knock 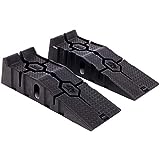 A mechanic’s ramp will help you lift the car from the ground level, placing you in position to easily access the engine. You can also use Jack Stands for the same purpose. 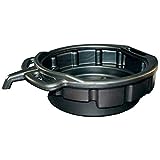 The oil pan will help you gather the oil that might spill from the engine parts. 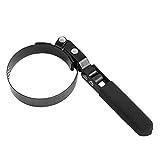 An oil-filter wrench will assist you in removing the car’s oil filter and fitting the new filter.

The new oil-filter will replace the old one since it might not be working well, leading to the rod knock. 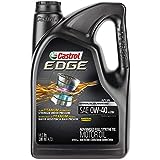 Fresh oil will be used to replace the drained oil.

A fuel-injection cleaner will help in cleaning the grime that finds its way into the engine.

Step By Step Method Of Fixing A Rod Knock

Rod knock is one of the common signs of distress in the inner parts of the car. Some of the causes of rod knock need simple fixes;  but, some require extra work.

However, this does not mean that the engine is beyond fixing. Before calling a mechanic,  there are some steps you can take to stop the knocking and potentially stabilize the engine rod before you decide to replace the engine completely.

Drive the car onto a set of mechanic’s ramps. Be sure to position the vehicle properly and set the parking brake to ensure the vehicle remains safely on the ramps.

Put the new filter in the proper slot then fit the oil-filter wrench around it to fix it by rotating it in a counter-clockwise direction to tighten it.

Then get rid of the oil pan and  inspect the rod bearings.

If it turns out that the bearings are loose, you will hear a knock coming from the engine.  Replace or just tighten the bearings as required. Replace the drained oil with five quarts of fresh oil.

Pour fuel-injection cleaner into the car’s gas tank to prevent grime from interfering with the fuel system and hindering the engine. Cleaning the fuel-injection system helps clear out grime and prevent the knocking.

If the car is an older model that still has a carburetor, there is no need to use fuel-injection cleaner. Instead buy a can of spray carburetor cleaner. Remove the wingnut and take the top off the carburetor to open it, then liberally spray cleaner inside the internal workings of the carburetor, paying special attention to the butterfly valve (be sure it flaps freely and doesn’t stick).

Final Thoughts on How to Fix Rod Knock

Fixing a rod knock is not hard when you know what to listen for and understand the potential causes. Also, it is a good idea you familiarize yourself with the different causes of rod knock so as you can take preventative measures to prevent rod knock from occurring in the future. How to fix rod knock is easy when you follow the above five steps.

How To Fix Reduced Engine Power: Can It Be Done Without A Mechanic?

How To Change A Catalytic Converter Yourself In Very Easy Steps

How To Replace A Tie Rod Using Easy And Simple Steps